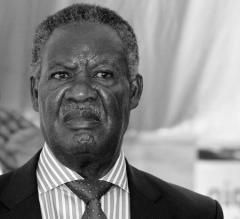 Michael J. Robinson is sick of all the whiny sh…

Inglewood, CA – Facing diminishing donations and a tight budget, Director and CFO of the Make-a-Wish foundation Michael J. Robinson has become increasingly resentful of the demands of terminally sick children. In 2006 at the height of a spendthrift economy, the Make-a-Wish Foundation received plenty of contributions and budgetary problems were nonexistent. Robinson stated, “Those were good times. If a 12 year old wanted to do a million dollar super sweet sixteen party because she wouldn’t see her 13th birthday, we said no problem. Those days are gone.” Robinson then wiped a small tear from his eye.

As the economy crashed and donations slowed to a trickle Robinson faced layoffs for the first time in his tenure. “I had to lay off a few very good workers go so that we could pay for a huge parade for Johnny VanVanson. Johnny didn’t live long enough to make it to the parade day. It just took too long to plan everything. We canceled all we could but we lost a lot of money in that deal.” Robinson related that the damaged to the morale of the organization hurt him the most. Instead of making dreams come true, their focus fell on budget.

Robinson shifted his work to begging for donations rather than visiting with sick children. “It’s better this way. I’m tired of telling the dying kids ‘no’ we just don’t have the money. I don’t want to say, ‘Timmy, do you know the cost and logistical nightmare it would be to move your respirator and thousands of dollars medical equipment to the pitcher’s mound at Coors Field? All that so you could throw the first pitch for a preseason game. The insurance premiums alone could bankrupt us. Can you wish for something a little more around $1000?” Robinson’s assistant Vergil Salanfork stated, “He used to love his job but I knew things were too much for him when he tried to strangle a 14 year old cancer patient for asking to have Miley Cyrus perform for her at the hospital. He shouted something like ‘You little bitch. Do you know how much a first class plane ticket costs?’ We don’t let him visit the children anymore.” To help alleviate some of Mr. Robinsons stress MDT readers can donate here.