Anaheim, CA- Amidst the picturesque trees and well-manicured foliage of suburbia, four men commiserate the misery of Sunday football. Steve Lawrence, Spencer Haunches, Tyrone Tyrone, and Doug Hu sit in total boredom watching grown men scramble for an odd shaped ball on a 55 inch LCD screen. Lawrence, the host of the afternoon’s shitfest, admitted to his longtime girlfriend, “I hate football, but I’m not a very creative man. I wanted to have the guys over. So, I used football as an excuse. Go, team somethingorother!” Childhood friend Tyrone Tyrone said, “I have no idea what is going on with football. I just shout the last name of whoever the announcer just said and say ‘yeah!’ I have to keep it vague because I don’t know who to root for.” 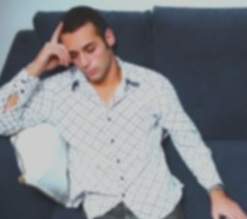 Spencer Haunches doesn’t even pretend to like American Football.

Spencer Haunches sitting at the end of the couch is the most vocal about his dislike of American Football but admits that he puts up with it to hang out with his friends. He stated, “In my country we have no complicated sports like this football. I don’t get it. The balls over here now it’s there. Seriously, fuck. I’m so bored. At least there is free beer.” Doug Hu stares intensely at the pixilated pigskin bouncing around the television before him. His mind is with his wife who had plans to go to Ikea in the afternoon. Doug sips on his beer but imagines a delicious Swedish meatball meal for a reasonable price. He could be enjoying the meal with his wife. The word ‘shit’ slips from his mouth in dismay and Tyrone Tyrone looks over at him and says “I know. Sanderson, yeah?!?”

Lawrence regressed to quietly looking at Facebook on his phone but tried to be attentive to his guests. “Who needs a beer?” He yells over the exceedingly loud television.

“I’ll take one, Steve. You don’t have any meatballs do your?”

“I’ll get the beers, Steve. I don’t understand what’s going on with your crazy American game anyway.”

The boredom overwhelmed the group towards the end of the 4th quarter with the score tied and one minute on the clock. Lawrence suggested that since the game was almost over and one team or the other would eventually win they should go to the local Hooters for some celebratory wings and a pitcher. Tyrone Tyrone said, “Yeah boobs!” Hu responded, “Man, my wife has boobs. I could have been causally grabbing them all day with a stomach full of reasonably priced Ikea meatballs.” Spencer agreed, “I like American boobs.” It was then that Steve Lawrence remembered why he liked his friends so much: because boobs.